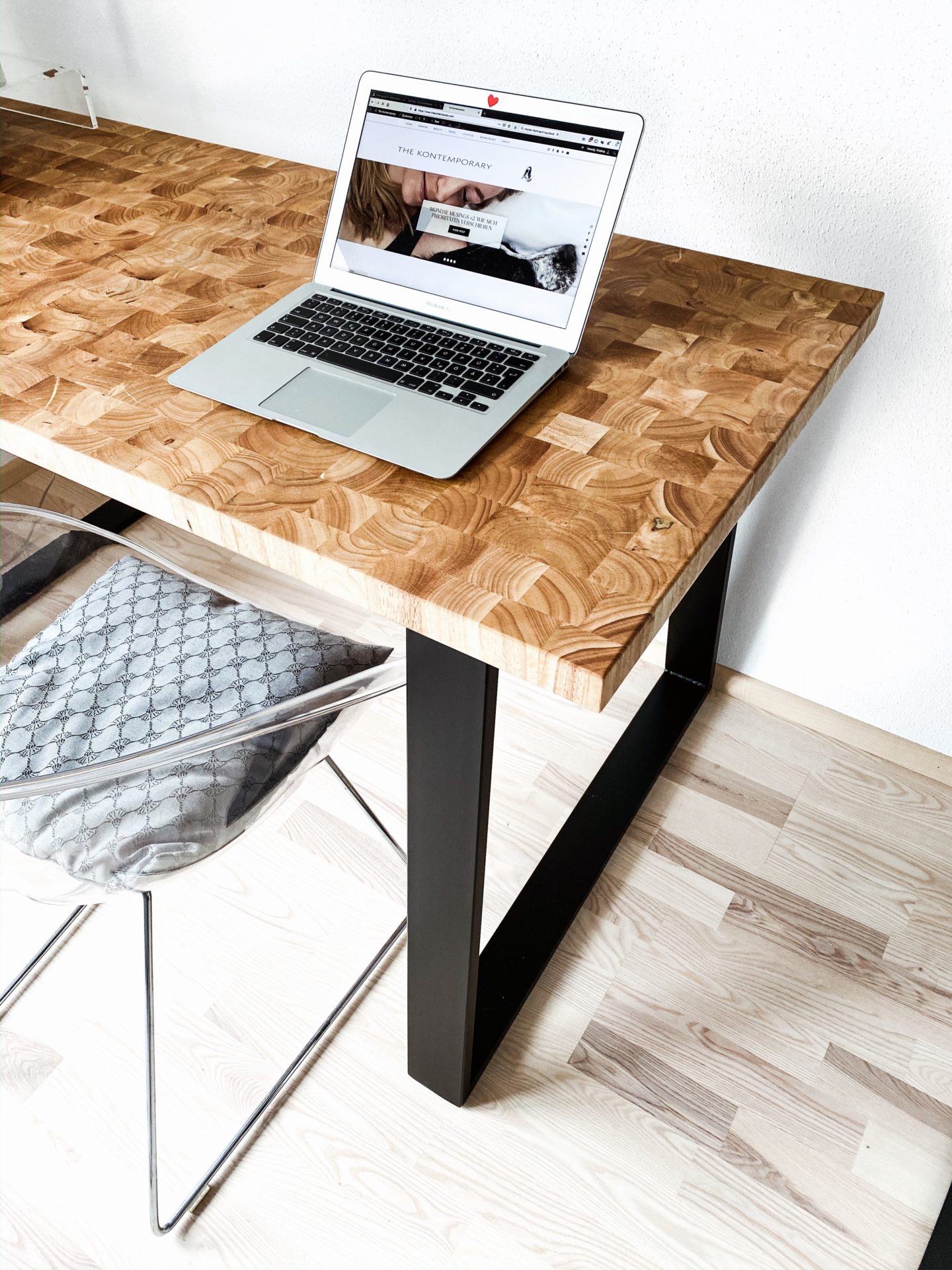 Blog pause for many reasons

It was quite silent here, which I am really sorry for. I really missed writing. Actually there is not one reason for this blog pause but many. Starting a new job, moving, having the focus shifted to Instagram – all in all stress and lack of time. However, these reasons are not the crucial factor why I did not have the motivation to open my MacBook and type in some words. There was one thing why I did not want to spend valuable time for this blog: Facebook blocked my URL.

There was one thing why I did not want to spend valuable time for this blog: Facebook blocked my URL.

When I say Facebook in this post, I always mean the company Facebook which also runs Instagram and WhatsApp. For completely unknown reasons the company’s algorithm decided that my hompage would violate their community standards and blocked its URL.

Facebook blocking an URL means it is not existing anymore in their universe. You cannot share it in your Instagram bio or include it as a swipe-up-link in your story. The same applies for a Facebook post. This means two of the main traffic sources to a website are just not available for you. The possibilities to operate marketing for your blog is reduced to a minimum. As much as I love writing, knowing that nobody gets to read it… sucks.

Facebook blocked my URL: The long search for a solution

When it comes to HTML-codes, webhosting, CMS-systems or social media marketing I tought everything myself. After all in 2020 it is possible to google almost every information there is. – And if there is something hard to understand I bet there is a Youtube video explaining it to you in words you understand.

So I started optimistic with my latest IT-social-media-problem but what happened then is what I calll the phases of IT grief.

First I could not believe that this was supposed to be a lasting problem. Maybe a small bug which will be gone by itself. In some hours, a day or perhaps a week… In fact at the beginning my Instagram account was completely blocked and I could not to anything, no posting or liking. Only the deleting of my blog’s URL from my bio made me able to use the app again.

By the way, a friend of mine had a similar problem with Instagram. Every action was blocked although she did not even use an URL in her bio. However, instead of spaces she used points between the words. Instagram mistakenly cosidered this as an URL and blocked her.

The realization that Facebook blocked my URL for good and there was no easy solution to find made me extremely angry. I got even more upset due to the fact that I wasn’t alone with this problem. There are so many people out there in the same situation and nobody knows what to do. Even worse, Facebook does not offer any help at all. There is not even the possibility to contact customer service in person. The only way to reach them (at least in Europe) is via contact form. A contact form they never respond to individually. There is just one standard answer they’ll write you over and over again. (Of course I wrote them several times.)

I’ve worked in retail for over eight years and for me it is completely incomprehensible how a company can get away with such a bad customer service. No retail company would be in the market with such behavior.

The sad fact is, however: Facebook can act as it pleases. Since the company is a monopolist its customers need Facebook more than the other way round. – And I’m talking about ad customers. “Normal” users are even lower in the food chain. Scott Galloway also talkes in his book “The Four” about this fact:

How much will Facebook suffer from Cambridge Analytica? Advertisers could have had an impact if they stopped…well advertising. But they can’t. Facebook has five million advertisers. Advertisers have just two platforms to market their products online. Advertisers need Facebook much more than Facebook needs any one, or thousand, advertisers.

3. Negotiating or the hour-long search for a solution

So there was no reaction whatsoever from Facebook. But I was not ready to back down. So I continued searching forums, watched Youtube videos and tried every “Facebook blocked my URL and what to do about it” tip there was.

And there are a lot of tips: Deleting certain words from headlines, getting verified for Facebook ads or making your friends report the problem as well – and report the problem yourself over and over again. So that there is maybe one day a real reaction coming from the gigantic concern.

Nothing. Finally I had tried every advice in the world wide web and Facebook still blocked my URL. Since there was a lot going on in my life anyway, this situation made my motivation to blog shrink to a minimum. The monthly bill from my webhosting service annoyed me more and more and I started to ask myself: “Is this blog still worth it?”.

Eventually I started to resign. I did not want to waste on more hour googling for advice which would not help me in the end. So I tried not to think of the URL-blocking-situation so I would not get angry or sad. Still, seeing other bloggers websites in their bios or Instastories made me question again and again why Facebook blocked my URL.

Let’s be honest, there were times I start searching the Internet again and looked for “Facebook blocked my URL”, just to check if there were any news in forums or so. Nada. The was only the last option I’d tried to avoid…

After all: My URL gets unblocked

Two options for the “Facebook blocked my URL” problem

Facebook’s reluctance to provide a real customer service is the opportunity for others to make money. But one step after the other:

There were in fact to possibilities to unblock my URL which I did not really consider. One of them: Changing my URL. I had already changed my .com-domain to a .de-domain. It appeared to be the solution… for two hours. Then Facebook blocked my URL again. A complete new blog domain was not in the picture for me. Especially since it was still possible that the Facebook algorithm decides on the basis of the content and would block the URL again – no matter which one you choose (although there was one person in a forum who said this was the solution for him).

Since a new domain was no option for me, there seemed to be just one possible solution left to unblock my URL on Facebook: To book a paid service to do this job for me. Some smart people seem to have found the ultimate solution for this problem. At least this is what they say.

Perhaps because of the many accusations that Facebook would support inappropriate content such as hate speech, its algorithm seems to be a little overaccurate. The cases are exceeding where websites get blocked for no apparent reason. Forums are full of complaints.

So since there seems no easy solution in sight, the only way out could be a paid service which specializes in unblocking. What has kept me from using such a service is the fact that the one that appears to be the most serious one – unblockmywebsite.com -costs over 200$. A lot of money for a hobby blogger like me.

Fun fact, there is also a website that offers a unblocking service for just 20$. So what’s the catch? The service operates from Nigeria and can just be contacted via Telegram or WhatsApp. The money also has to be trasferred to a Nigerian account. I guess you see my point: it all sounds really fishy. And I’m honest, there were several times I wanted to cancel the whole thing. But then I thought: I have to lose 20$ max. (Luckily, nowadays you can transfer money without a risk to every corner of this planet for example via TransferWise.) Plan B was to try the more costly service which offers a money-back-guarantee.

What is important: I’d never shared the login data to my Facebook account but this wasn’t necessary. However, I was convinced to never hear again from this service once they had my money. BUT…twelve hours later my URL was unblocked! (After being blocked for months!)

I even got some nice and helpful advice on how to prevent myself from getting blocked again. (No show bottles of perfume which can be seen as alcohol ads or placing some paid ads.) What was even crazier was the fact the Facebook called me!! The asked about my problem and even apologized! They also confirmed that blocking me has been a mistake.

My theory ist that the provider of these unblocking services have found a way to contact Facebook’s customer support by prentending to want to place a paid advertise with the blocked account. (I tried the same on my own but failed.) They put the knowledge into money on how to contact the customer service of a company. Isn’t it totally absurd? I may have been failed on my own because there is no way to get in contact with Facebook from inside Europe (as far as you are a small fish in the pond and not a key account with millions of Euros to spend on paid ads). Only in the US there seems to be a way to contact Facebook in person. However even in the USA not every Facebook user gets access to customer service (which I understand as chatting or talking to a real person). They are different reports in forums, some finde a chat feature on their site, some don’t.

If you wonder, you find the sevice I used to unblock my URL here.

Fingers crossed that my URL does not get blocked again by Facebook after this critical blogpost.